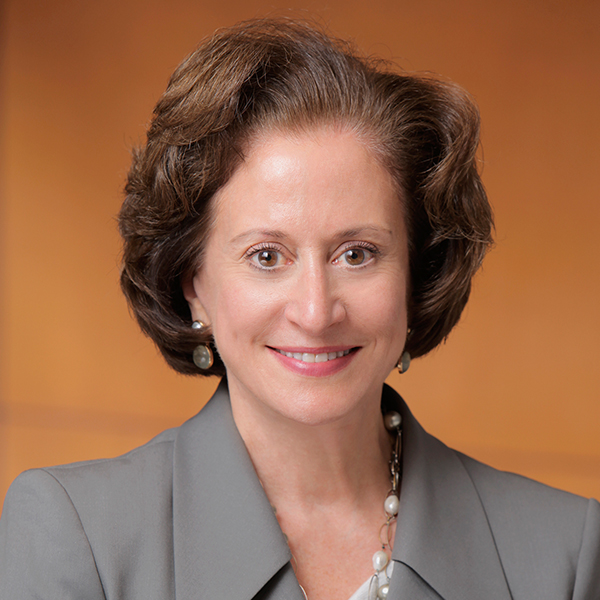 Alfred J. Rauschman was a visionary in the securities industry compliance and legal profession. The humble roots of SIFMA’s Compliance & Legal Society go back to a time in the late 1960’s when Al Rauschman and a group of his contemporaries began meeting informally to discuss current compliance, legal and regulatory topics affecting the securities industry. These early efforts led ultimately to the founding of what is today known as the SIFMA Compliance & Legal Society, and Al Rauschman served as its first President. The Alfred J. Rauschman Award is presented by the Society annually to a candidate who has demonstrated significant contributions to the compliance and legal communities, promoted open communications among industry practitioners to share ideas and issues, fostered dialogue and communications with regulators and dedicated their career to the securities industry.

On behalf of the C&L Society, it is my pleasure to announce Annette Nazareth is the recipient of the 2019 Alfred J. Rauschman Award.

Annette has had an illustrious career that has spanned law firm, financial services and government experience. She has brought a keen understanding of our industry to each of those roles.

Annette began her career at Davis Polk & Wardwell in 1981, where she worked on a variety of corporate and securities law matters. She moved to the financial services industry in 1986 when she joined Mabon Nugent as a Managing Director and General Counsel. She was the first woman partner of Mabon in the firm’s 100-year history. From 1994 to 1997 Annette was Senior Vice President and Senior Counsel of the fixed income division of Lehman Brothers, and in 1997 she became a Managing Director of Smith Barney and headed the Capital Markets Legal Group.

Annette was called to government service in 1998, joining the Securities and Exchange Commission as Senior Counsel to former SEC Chairman Arthur Levitt and then as Interim Director of the Division of Investment Management. She served as Director of the Division of Trading and Markets from 1999 to 2005. In 2005, Annette Nazareth was nominated by President George W. Bush to become a Commissioner of the Securities and Exchange Commission, and she served as an SEC Commissioner until 2008.

Annette has a view that government should be predictable, it should be fair, it should operate through public processes. Compliance and legal needs this.

During her tenure at the Commission, Annette played a key role in numerous groundbreaking initiatives including Regulation NMS, which modernized the SEC’s national market system rules and facilitated the transformation of our securities markets from primarily floor-based environments to more fully electronic venues. She also oversaw other key initiatives such as decimalization, short sale reforms and execution quality disclosure. And quite importantly, she played a key role in the Commission’s response to the tragic events of September 11, 2001 where, as Director of the Division of Trading and Markets, she helped lead the Commission’s efforts to assure the successful reopening of the securities exchanges.

Upon leaving the Commission, Annette rejoined Davis Polk as a partner, where she heads up the Washington, DC office and leads the trading and markets practice within Davis Polk’s Financial Institutions Group.

Anyone who knows Annette knows how important family is to her, and how much she credits the support of her family for much of her success. Annette is married to Roger Ferguson, who she met her first day practicing law at Davis Polk back in 1981. Roger also had a very illustrious government career, serving as Vice Chairman of the Federal Reserve. He is currently the CEO of TIAA. Roger and Annette have two children who have been a constant source of pride—Roger Ferguson III, who, like his mother, graduated from Brown University, and Caroline Ferguson, who graduated from Harvard University.

On a personal note, I was truly fortunate to have worked with Annette Nazareth for a time when our paths crossed at Smith Barney and Citigroup. Our colleagues universally respected Annette, and we all found her to be one of the smartest and hardest working lawyers you could ever have the opportunity to work with while at the same time being genuinely supportive and truly inspiring.

There’s boldness about her. She speaks clearly and bluntly, and always with clarity and compassion.

Annette – congratulations on this well-deserved recognition.

David Prince is Chief Compliance Officer and General Counsel of Stephens Investment Management Group. He is also a past president of the SIFMA Compliance & Legal Society.

The following Op-Ed was originally published in the New Jersey Globe on October 27, 2020. The New Jersey legislature is…

In this podcast, Ken Bentsen, SIFMA President and CEO, along with Tom Price, managing director, and Charles DeSimone, vice president,…