In recent months, stakeholders representing a diverse array of professions and perspectives have raised concerns about the potential impacts of the SEC’s regulatory agenda.

Financial economists, legal scholars, and capital markets participants have identified flaws in many new rule proposals that, if not addressed, could have a range of negative effects on investors, issuers, and market operations. And while market participants support some of the policy goals being pursued, they are concerned that the potential cumulative and interactive effects of these proposals are not fully understood and have not been subject to sufficient cost-benefit analysis. 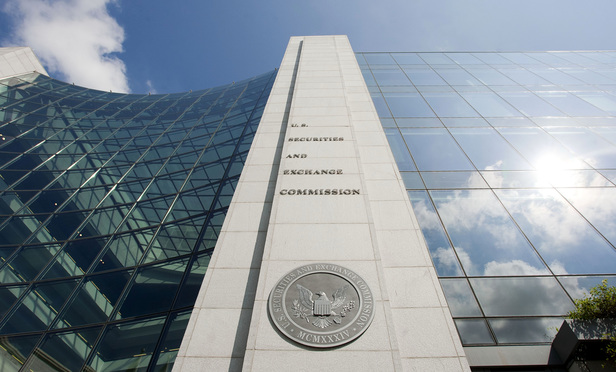 A summary of substantive concerns

First, many recent rule proposals could make it harder and/or more expensive for public and private companies to raise capital and credit to invest in new plant and equipment. Onerous new requirements for private funds could negatively affect investment opportunities for sophisticated investors such as pension funds. And applying rules designed for the penny stock market to private debt issued only to qualified institutional buyers is likely to raise the cost of capital for American job creators.

Second, dozens of new rule proposals are likely to increase regulatory compliance costs for American companies with uncertain benefits. Regulated entities will be required to develop and incorporate into their operations many new and complex infrastructure, technology, and surveillance systems with potentially simultaneous implementation timeframes. The associated compliance costs, which are often significantly underestimated, could make investments and transactions more expensive.

Third, requiring public disclosure of sensitive trading and position information is likely to reduce incentives for market participants to invest in valuable research or engage in trading activity. Rapid public reporting of individual securities loans (within 15 minutes) and swap positions (within one day) could reduce liquidity by exposing positions to speculative and opportunistic trading. Similarly, expanding beneficial ownership and short position reporting could have a chilling effect on legitimate investment activities.

Fourth, limiting crypto investors’ access to asset protection with regulated custodians may have negative collateral consequences. A recent staff accounting bulletin—issued without public input or coordination with any U.S. banking regulators—could push investors toward using unregulated custodians for crypto assets and have far-reaching implications for those investors.

A summary of procedural concerns

In addition to these substantive concerns, the SEC has made some key policy changes outside standard regulatory processes.

Several rule proposals appear to exceed the SEC’s authority contrary to congressional intent. For example, while SIFMA supports increased disclosure of material climate-related information that is useful to investors, portions of the climate proposal are inconsistent with traditional standards of materiality established by the Supreme Court and the SEC. Additionally, the proposal dealing with special purpose acquisition companies (SPACs) contemplates expanding the Securities Act definition of “underwriter” to impose underwriter liability on SPAC merger participants for whom such liability does not make sense and was not imposed by Congress.

The SEC has also circumvented the public notice-and-comment process provided under the Administrative Procedure Act for some major policy changes. Such back-door rulemaking methods include using staff guidance to apply a rule designed for equities to fixed income securities for the first time in the rule’s 50-year history, using staff accounting guidance to make significant policy changes to the protection of crypto assets held in custody without coordinating with other regulatory agencies, and quietly releasing a staff FAQ to make substantial changes to new swaps public reporting requirements less than a month before the compliance date.

There’s a better way to regulate our capital markets

Rather than rushing to finalize dozens of new rules and continuing to make major policy changes through non-transparent methods, the SEC should focus its resources on the most time-sensitive priorities, conduct more robust economic analysis that accounts for cumulative and overlapping effects before moving forward with the most problematic proposals, and prioritize transparency and public engagement. These simple steps are essential for the SEC to accomplish its important mission.

Kenneth E. Bentsen, Jr. is President and CEO of SIFMA. Mr. Bentsen is also Chair of the International Council of Securities Associations (ICSA), Co-Chair of the British American Finance Alliance (BAFA) and Chairman of Engage China.

The SEC has proposed a package of new rules and rule amendments[1] regarding special purpose acquisition companies, or SPACs, which…