The SEC has proposed a package of new rules and rule amendments[1] regarding special purpose acquisition companies, or SPACs, which SIFMA has commented on.

What are a SPAC and a de-SPAC?

SPACs offer an alternative to traditional IPOs and have been around in various forms for decades.  A SPAC raises capital through an initial public offering (IPO) in order to acquire, by a second transaction, an existing private operating company through what is referred to as a de-SPAC transaction.

SPACs offer private companies an alternative financing arrangement, allowing them to go public outside of a traditional IPO. And, they provide a broader group of investors with an opportunity to access the private markets, which policy makers on both sides of the aisle have supported.

What has the SEC proposed?

The Securities and Exchange Commission has proposed a broad set of rules that would change the requirements regarding SPACs. The proposal includes increased disclosure to investors, which SIFMA supports.  We agree with the SEC that investors require useful and clear information in deciding whether to purchase securities in the SPAC IPO or to trade in the secondary market for post-IPO SPAC securities.  They likewise need such information when making voting, investment and redemption decisions in a SPAC’s subsequent de-SPAC transaction.

What would proposed Rule 140a do?

The SEC, in its proposing release, references concerns about “de-SPAC transactions as a mechanism for private operating companies to access the U.S. public securities markets.”[2]  The Release points to “the lack of a named underwriter in these transactions that would typically perform traditional gatekeeping functions, such as due diligence, and would be subject to liability under Section 11” of the Securities Act of 1933, as amended (the “Securities Act”), for material misstatements or omissions.[3]

To address this perceived problem, the Commission has proposed Rule 140a under the Securities Act.  This entirely new rule would provide the following:

In effect, proposed Rule 140a treats an underwriter’s involvement in a fully completed distribution (the SPAC IPO) as central to assigning underwriter status months or even years later.  That subsequent underwriter status, and consequent liability, arises in a separate and distinct distribution (the de-SPAC transaction) of the securities of the combined company in a business combination involving the SPAC and one or more operating companies.

What is the impact of proposed Rule 140a?

The proposed rule erases the distinction between the two entirely separate distributions of securities registered under the Securities Act:  proposed Rule 140a treats the SPAC IPO and the later de‑SPAC transaction as one continuous distribution of securities.

It does this despite the facts that:

Proposed Rule 140a thus attempts to impose underwriter status on a new group:  banks that the proposed rule would deem to be underwriters of the de‑SPAC transaction under Section 2(a)(11) of the Securities Act, simply because they underwrote the earlier SPAC IPO.

What are SIFMA’s specific objections to the proposed rule?

We believe proposed Rule 140a:

The SEC contends that proposed Rule 140a will “clarify” the existing meaning of Section 2(a)(11).[5]  Rather than clarifying, however, the proposed rule has generated confusion among market participants, and distorts the meaning and exceeds the scope of the statute.

While the SEC’s SPAC proposal does contain provisions we support, we disagree on the policy and law regarding proposed expansion of underwriter liability in proposed Rule 140a.  The proposed rule contradicts and disregards extensive legislative and judicial precedent regarding what it means to be a statutory underwriter, exceeding the SEC’s statutory authority. 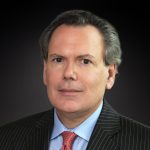 is president and chief executive officer of the Securities Industry and Financial Markets Association (SIFMA) and chair of the International Council of Securities Associations (ICSA).

Just as the world is coming out of a 100-year pandemic, still uncertain what the “new normal” will be, we…