The U.S. capital markets account for 41% of global equity and 40% of global fixed income activity, and they account for the dominant dollar value and percent of global activity in every market sector, representing on average 46% of total global market activity. 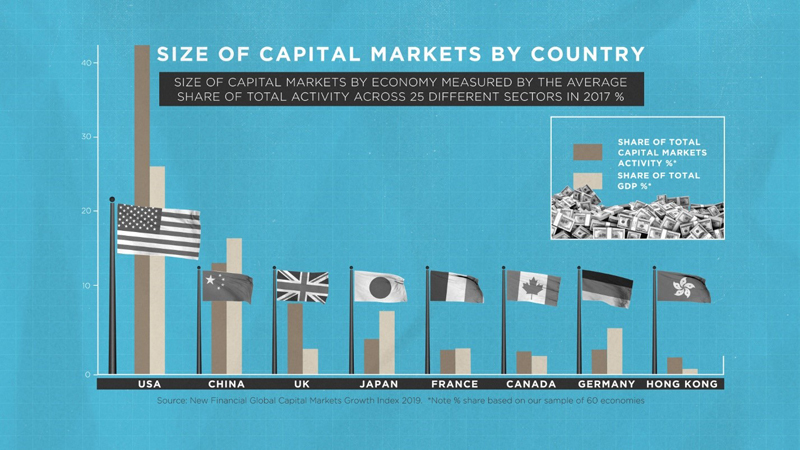 Part of this difference in treatment stems from their different mandates.  Congress has charged the Federal Reserve with oversight of the safety and soundness of the firms it regulates while it has focused the SEC and CFTC primarily on disclosure and consumer protection.  The SEC and CFTC also regulate the firms they oversee, and they make sure markets are structured and functioning properly and operating with the necessary capital and liquidity.  Markets need both types of regulation, and the agencies operate best when respecting each other’s jurisdiction and mandate.  Logically, the Federal Reserve should also avoid using its regulatory power to duplicate or supersede actions taken by the SEC and CFTC, since these agencies have more experience and expertise with capital markets.

US Capital Markets Critical to Lending in the US

Three quarters of all commercial lending in the U.S. takes place in the capital markets while only one quarter in the commercial bank sector.  As a general matter, no data supports the bias against the larger market and the corresponding preference for the smaller market. 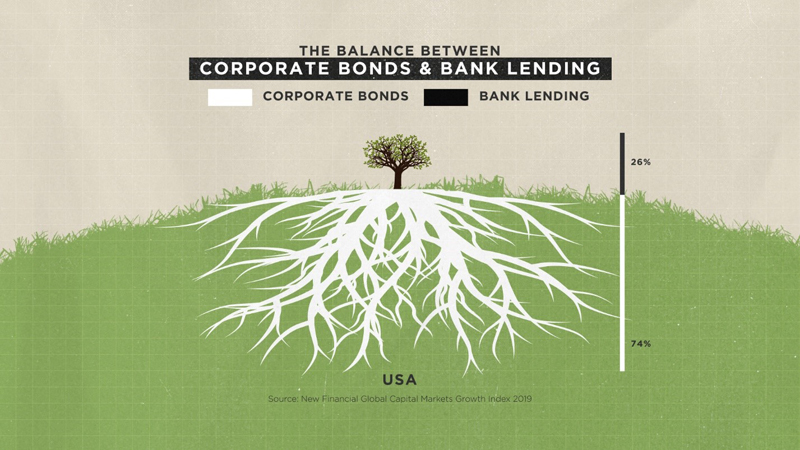 The major theory for this bias rests on the Federal Reserve’s historic role as a bank regulator and its corresponding lack of experience with capital market and insurance regulation.  The Federal Reserve’s lack of regulatory experience with the capital markets may lead it to see these activities as riskier than bank activities.  There also seems to be an assumption that the capital markets caused the last financial crisis, although this premise is not universally held.

Capital markets assets are marked to market daily and trade continually providing the market and regulators with real-time feedback on their value, stability and liquidity.  Commercial loans by contrast lack this granular level of information, and often markets to do not know the value, stability or liquidity of the commercial bank asset until a time of stress which is hardly the best time to realize a problem exists.  In fact, the securitization process provides better information to all markets than any information given by banks on individual loan classes.

During periods of economic stress, U.S. capital markets diversify funding and act as a shock absorber making our recessions shallower and our economic expansions longer than in any other country in the world. 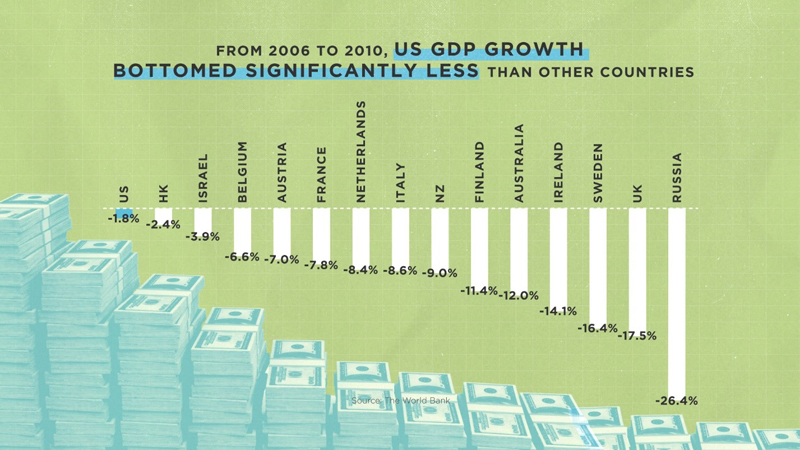 In the U.S., banks, broker/dealers, asset managers and insurance companies may affiliate under a holding company structure, but separate agencies functionally regulate each activity.  This structure leads to more competition between firms and the creation of large pools of capital outside the banking sector.  Firms can then deploy these pools of capital in deep and sophisticated capital markets.  This competition between markets provides checks and balances in the markets as well as diversity in the economy so that no single business model dominates lending.

As the regulator of both banks and bank holding companies, the Federal Reserve has a dual regulatory mandate.  In certain instances, it lets its experience with banks overly influence its regulation in the holding company space.

US Capital Markets: The Envy of the World

In most of the rest of the world where a universal bank model prevails, these activities may occur in a single entity.  This structure concentrates pools of capital inside the banking sector and favors bank lending over capital markets lending.  It also provides fewer checks and balances in the markets and less diversity in the economy as fewer business models operate in these markets. 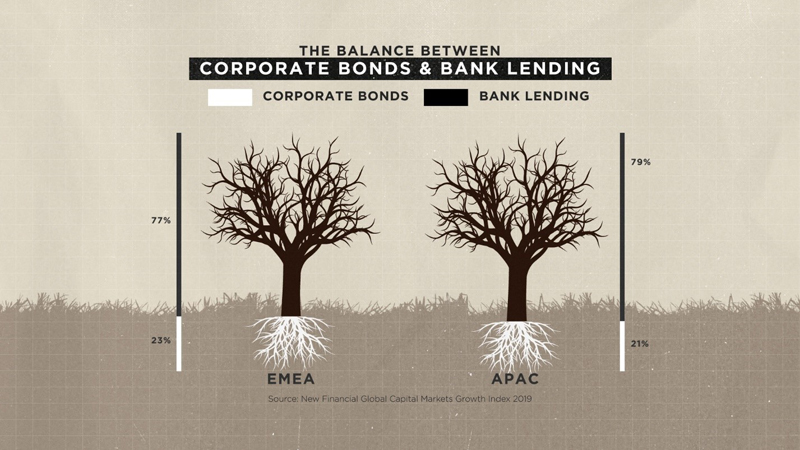 Capital Markets Create Wealth and Opportunity for Everyone 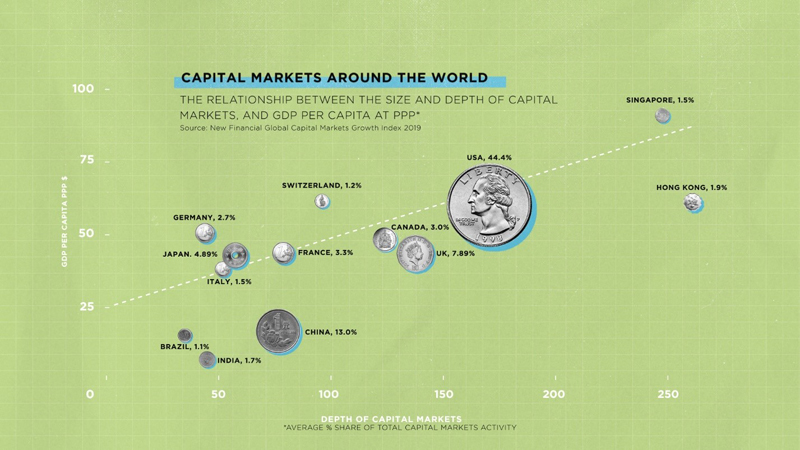 US Needs Partnership Between Government and Industry to Maintain Global Position

Capital markets need nurturing.  U.S. markets compete with other capital markets.  By 2030 some estimate Asia-Pac will overtake the Americas market share and account for more than half of all global capital markets activity.  A correlation exists between the relative depth of capital markets and the quality and stability of the wider business, legal and regulatory environment.  In short, our capital markets help savers deploy their capital to those governments, businesses and enterprises that need it most to create jobs, innovate and grow our economy.  They also support business development and the rule of law. 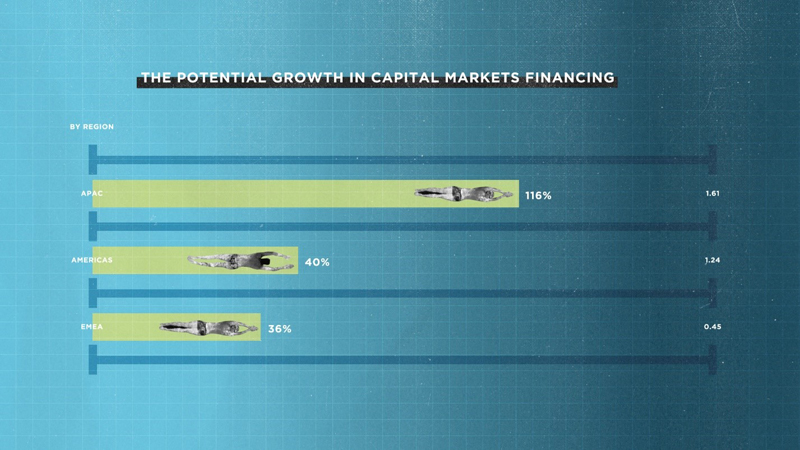 As a proxy for the entire financial system, firms subject to the Federal Reserve’s Comprehensive Capital Analysis and Review (CCAR) now have more than $1 trillion of Common Equity Tier 1 capital (CET1) – an increase of 71% since 2009.  Their average CET1 ratio is 11.8%, well above the 7% minimum requirement and even greater than the maximum regulatory requirement inclusive of the highest G-SIB surcharge.  It is also estimated that, for the largest financial institutions, increases in capital and the introduction of convertible long-term debt as required by the TLAC rule has substantially increased total loss bearing capacity from roughly 15% in 2008 to more than 25% in 2018.

With the adoption of numerous conservative prudential regulatory requirements, such as the “gold plated” enhanced supplemental leverage ratio and the G-SIB capital surcharge, banks now hold excessive levels of capital and liquidity that are increasingly disconnected from the level of risk they incur.  Although these levels have undoubtedly increased resiliency, they come at a cost: the more capital required, the less deployed into the economy and the lower our economic growth and job creation.

The prudential agencies have indicated they are confident the financial system has enough capital and liquidity to weather the next downturn, and in fact, the largest firms have passed years of the Federal Reserve’s most severe stress test scenarios ensuring not only their survival in the next crisis, but also an ability to lend into the crisis and support the broader economy.

Despite this huge increase in capital and liquidity, as the agencies implement the next round of the Basel III rules, the Fundamental Review of the Trading Book and the Credit Value at Risk rules, these levels of capital and liquidity will materially increase again and result in higher prices for these products and services and/or less of them.

The Federal Reserve should take a much more risk focused view of capital market activities primarily focusing on higher risk areas.  Foreign Exchange, Government and Agency debt, investment grade corporate debt and publicly traded equities should be weighted lower and differently from riskier areas of structured products, non-investment grade debt and private and thinly traded equities.  Given the current punitive treatment and coming regulatory changes, creating a more nuanced system may be the only way to truly create a system that stays capital neutral for firms providing capital markets services to the economy.

The Federal Reserve must do a better job of assessing the impact of its regulations on capital markets activities in the U.S. to maintain the depth and liquidity of the U.S. capital markets.  Without such consideration, capital markets lending may become more expensive, less robust and innovative and ultimately less able to support economic growth in the U.S.

In Part II of this two-part blog series, we discuss a variety of ideas stemming from growing calls to reform…

In Part I of this two-part blog series, we provide an overview of the critical role of the U.S. Treasury…

Extending the Supplemental Leverage Ratio is Essential to Main Street