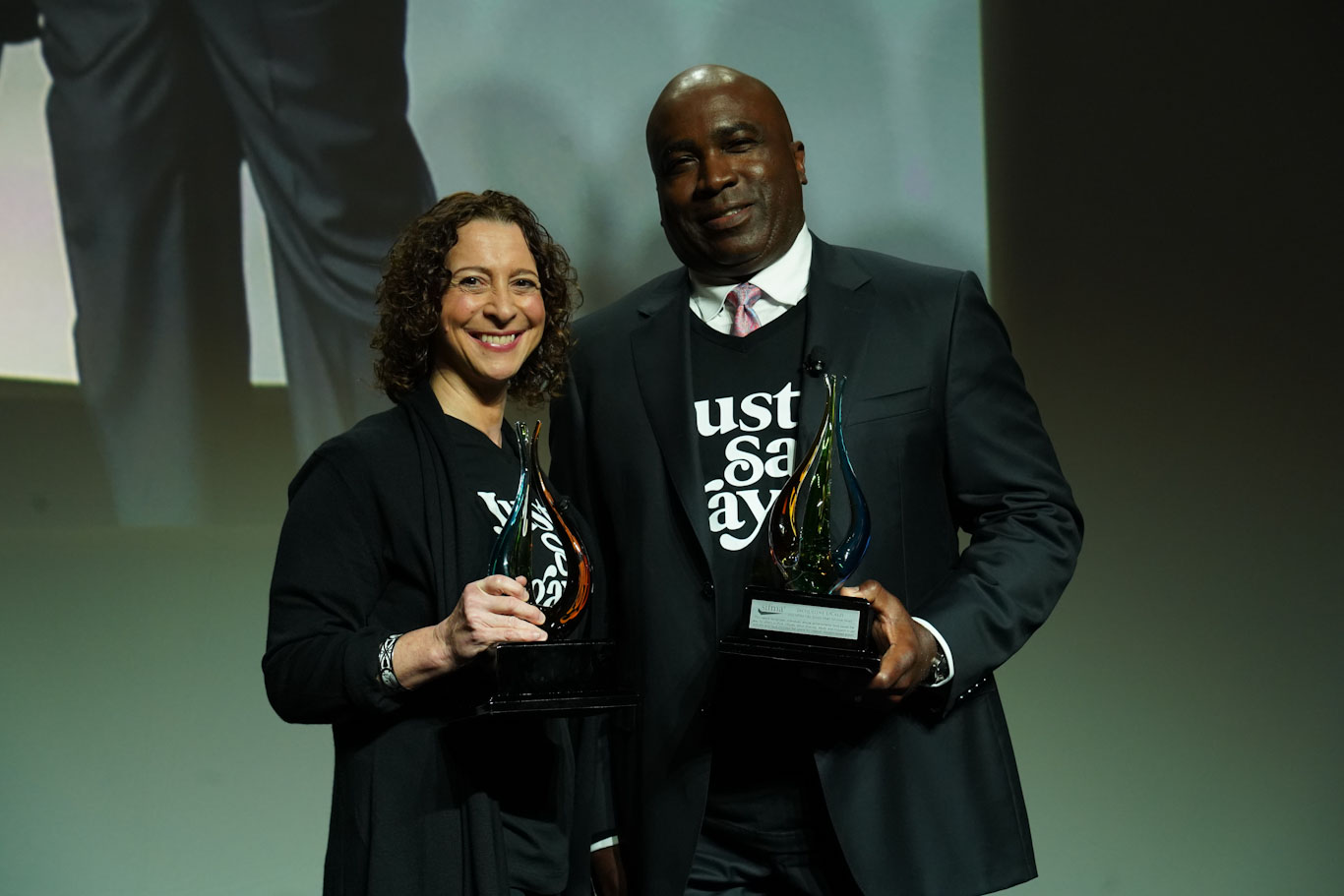 Chris Lewis has successfully championed DEI issues as demonstrated by the fact that the legal division he leads is 70% women and 20% diverse. He has also been a DEI leader through the SIFMA C&L Society: among other things, Chris was one of the founders of the Buttermilk Club, a group designed to promote diversity.

I humbly accept this on behalf of all my Buttermilk brethren who are here and those who are not. With a special gratitude to SIFMA, whose unwavering support for diversity, equity and inclusion has lead to the tremendous progress we have seen at this conference and through our industry. This is very humbling. Thank you very much.

Jacqueline is a champion of LGBTQ+ rights. She created the Pride and Ally network, established support from executive leadership and influenced internal and public policy that protects LGBTQ+ equality. 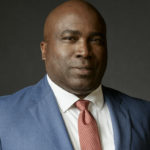 Chris Lewis joined Edward Jones in 2007 and was named general counsel in 2015. A graduate of Columbia University School of Law as a Harlan Fiske Stone Scholar, Chris is a member of SIFMA’s General Counsel Committee.

Chris was a co-founder of the Civil Rights Law Society at Columbia Law School. Chris has championed DEI at Edward Jones through persistent efforts to recruit diverse candidates – emphasizing individual capabilities over industry experience – and concerted efforts around retention. DEI is strongly reflected in Chris’ team of more than 700: the legal division is more than 60% women (and 55% of leaders are women), 25% is diverse; and each of the three deputy GCs are women.

Chris is a founding member of the Buttermilk Club and a driving force behind the C&L Society’s commitment to DEI. The Buttermilk Club exists to promote diversity in the securities industry, and specifically the recruitment, promotion and retention of people of color. 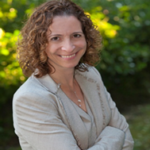 Jacqueline LiCalzi joined Morgan Stanley in 2006 from Credit Suisse where she was the Counsel to the Global Head of Compliance and the Director of Strategy and Operations. She a member of the Firm’s management committee and is the Firm’s Senior Point of Contact with the Federal Reserve for its supervisory program.

Ms. LiCalzi is a member of the Executive Committee of SIFMA’s Compliance and Legal Society, and co-chair of its Diversity Committee. She is the co-chair of the Morgan Stanley LGBT employee network. Ms. LiCalzi was one of the recipients of the Firm’s 2013 John J. Mack Leadership Award. She is also the recipient of the Council of Urban Professionals Catalyst: Change Agents 2015 in Law.

As a champion of LGBTQ+ rights, Jacqueline co-chaired Morgan Stanley’s employee Pride & Ally Network. LiCalzi’s and the Pride & Ally Network’s work alongside the Firm’s overall Diversity and Inclusion efforts have resulted in numerous recognitions globally. Morgan Stanley was named a Stonewall Diversity Champion by Stonewall Equality Limited in the UK, and in the U.S. Morgan Stanley has received a perfect score on the Human Rights Campaign’s Corporate Equality Index for 16 consecutive years. Morgan Stanley advocated for Marriage Equality and was the only major financial institution to sign two separate amicus briefs before the U.S. Supreme Court in the 2013 case overturning DOMA. The firm also joined briefs in the 2015 Marriage Equality case urging the Court to strike down laws banning same-sex marriage.

LiCalzi earned her JD degree from Fordham University School of Law, and a BA from Hofstra University where she is a member of both the Women in Leadership and College of Liberal Arts and Sciences Advisory Boards.

About the DEI Advocate Award

The DEI Advocate Award celebrates legal or compliance professionals who have demonstrated an exceptional commitment to building creative solutions that address diversity, equity and inclusion inequities in the financial services industry and ensures the next generation of leaders reflects our diverse society.

The award will be presented annually by the SIFMA Compliance & Legal Society at its C&L Annual Seminar. Starting next year, there will be a formal process to nominate your peers.

SIFMA’s Compliance & Legal Society is the leading forum for compliance and legal professionals working in the financial services industry. With a rich 50-year history, it provides a unique opportunity for industry leaders and regulators to come together to share information and collaborate with the goal of ensuring our capital markets are the most fair, transparent and ethical in the world.