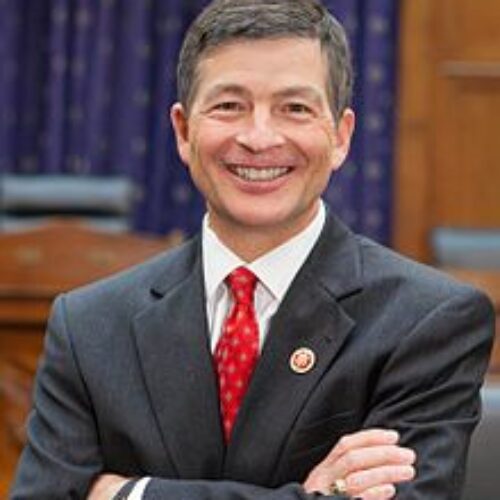 Jeb Hensarling is Executive Vice Chairman of UBS Americas, the largest wealth management firm in the world. Here he works closely with the firm’s financial advisors, bankers and senior leadership to build and strengthen their most important client relationships across all businesses.

Before coming to UBS, Hensarling completed an eight-term career in the U.S. Congress. He served three terms as Chairman of the House Financial Services Committee, which exercises jurisdiction over a broad swath of the nation’s economy including banking, securities, insurance, housing and monetary policy. During his tenure, the Wall Street Journal referred to Hensarling as “[the driver] of economic policy in the House”, and the LA Times called him “a pivotal player in the GOP efforts to reduce financial regulation in the Trump era.”

Hensarling also served as House Republican Conference Chairman in the 112th Congress, the 4th highest ranking position in the Republican Leadership, where he was responsible for helping coordinate strategy, policy, messaging and communications for House Republicans. In the 110th Congress, he led the Republican Study Committee, Congress’ largest caucus and the one dedicated to advancing free market principles.

In recognition of his economic policy expertise, Hensarling was appointed to serve on the Congressional Oversight Panel for TARP, the $700 billion troubled asset purchase program set up in the wake of the 2008 financial crisis. Additionally, the Speaker of the House appointed Hensarling to serve of the National Commission on Fiscal Responsibility and Reform and later appointed him co-chair of the Joint Select Committee on Deficit Reduction.

Prior to serving in Congress, Hensarling had a varied career in business. He served as an officer of Maverick Capital, a well-known hedge fund, and as Vice President of Communications for Green Mountain Energy, one of the nation’s leading retailers of renewable energy. Additionally, Hensarling spent several years practicing both corporate and real estate law with a major San Antonio law firm.

Born in Stephenville, Texas, Hensarling grew up working on his father’s farm and became an Eagle Scout at the age of 14. He earned a bachelor’s degree in economics from Texas A&M University and a law degree from the University of Texas. He currently resides in Dallas with his wife and two children.

In addition to his work for UBS, Hensarling serves as a Senior Fellow at the Milken Institute, affiliated with its Center for Financial Markets.