Build America Bonds (BABs) are taxable municipal bonds that were authorized under the American Recovery and Reinvestment Act of 2009 (ARRA) that President Obama signed into law on February 17, 2009. BABs were an alternative to tax-exempt bonds for state and local governments that were issued in 2009 and 2010. The interest on BABs is taxable to investors. As a result, the nominal interest rate on BABs is about the same as interest paid by non-state and local government borrowers, such as corporations. To make up for the benefit associated with the tax-exemption, the federal government provided two options to BAB issuers to lower their net interest costs.

With direct-pay BABs the Treasury Department provides borrowers with cash subsidy payments equal to 35 percent of their interest costs.

With tax-credit BABs, investors receive the right to a federal income tax credit equal to 35 percent of their BAB interest income. However, all BAB issuance has been direct pay.

BABs could not be used for refundings, working capital, private activities or 501(c)(3) organizations. 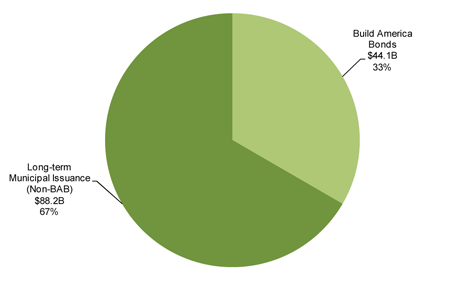 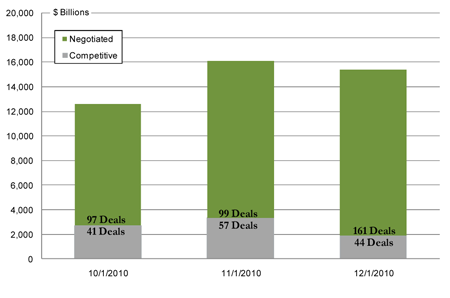 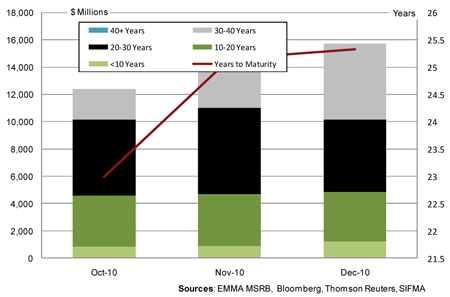 States by Number of Deals and Deal Size, 4Q ’10 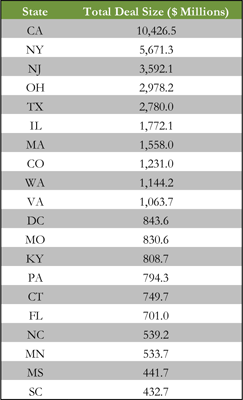 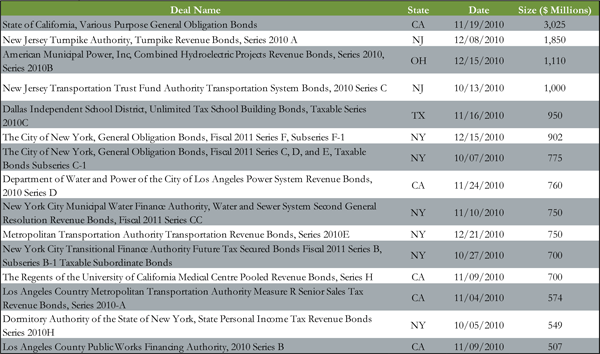 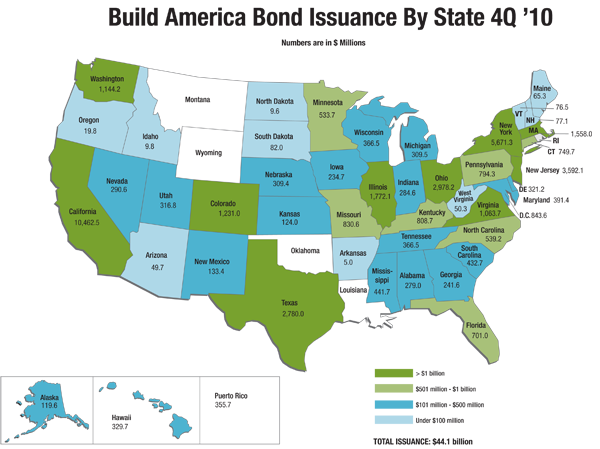 About the Report A brief historical stat sheet to the municipal ARS, FRN, and VRDO market ending June 2017. In…

Long-term public municipal issuance volume totaled $86.5 billion in the first quarter of 2017, according to Thomson Reuters, a decline…