The following was originally published as the foreword to Initial Public Offerings Laws and Regulations 2021 by Global Legal Insights.

Equity markets are the public face of finance and are often seen as a barometer of the overall health of the economy. In that sense, a thriving market for new issues of publicly offered equity securities, or the initial public offering (IPO) market, is perhaps the most direct and tangible evidence of an economy where new businesses have confidence in their future prospects. Businesses most often seek to access a larger pool of public capital to allow for the next stage of growth and, ideally, job creation follows. 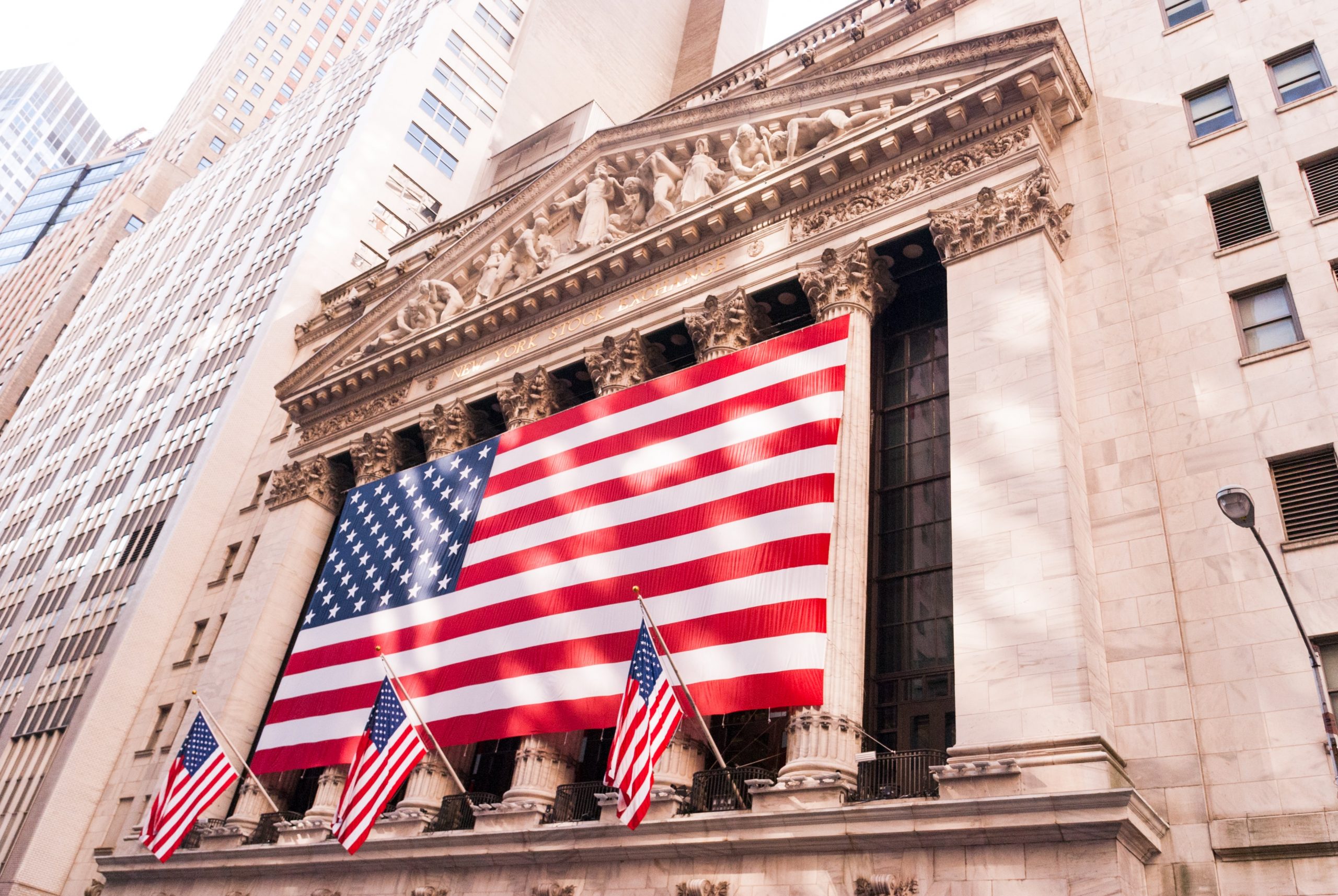 After a decline in annual deal volume and value between 2014 and 20161, the U.S. IPO market returned to pre-2015 levels in 20172 and continued to build momentum throughout 2018,3 20194 and the first quarter of 2020,5 until the IPO market was virtually shut down mid-March as a result of market volatility and uncertainty associated with the COVID-19 pandemic, an oil slump triggered by production increases by Saudi Arabia and Russia, and the resulting prospect of a recession. Despite the abrupt halt and ongoing pandemic, however, the 2020 IPO market went on to be the most active since the dot-com bubble in 2000,6 driven in large part by public offerings by special purpose acquisition vehicles (SPACs), as well as an increased number of offerings by operating companies. Although IPO activity has fluctuated significantly over the years, history has shown that equity markets have played a central role during periods of significant economic expansion in the United States.

The benefits of seeking public capital date back in history at least as far as 1602, when the Dutch East India Company was founded as a shareholder company. This diversified investor structure allowed the risks of trade voyages between Europe and Asia to be distributed across multiple mercantile organizations.7 Historians do not agree on when the first securities market began in the United States; however, according to at least one historian, securities transactions took place as early as 1725 in New York.8 At the time, a small number of securities transactions were intermediated by auctioneers who primarily conducted auctions for commodities that flowed through the ports of New York. While this form of intermediation was far less structured in the early days, a more formalized process began to emerge with the Buttonwood Tree Agreement in 1792, where 24 stockbrokers agreed on dealing terms. This organization is understood to have been the foundation of what would become the New York Stock and Exchange Board, or the New York Stock Exchange as it is known today.9 These arrangements provided an orderly mechanism to support the economic expansion that took hold in the United States during the 1800s. Tremendous investment in infrastructure and transportation led the way, while the New York Stock Exchange permitted the formation and growth of dozens of companies that became integral to the economy.

Despite the growing significance of the New York Stock Exchange and open criticism in the early 1900s of its failure to adopt more stringent self-regulation, oversight did not come until the 1930s. Even the 1907 financial crisis focused attention on the banking system rather than the capital markets, and culminated in the Federal Reserve Act of 1912 and creation of the central banking system in the United States.10 The securities markets continued to innovate with minimal government oversight, and in 1924 the Massachusetts Investors Trust, which is believed to be the first modern-day mutual fund with an open-end capitalization structure, was created.11 Like the Dutch East India Company before it, the structure spread financial risks among a diversified pool of investors and for the first time provided smaller investors access to the securities markets.

It was the 1929 stock market crash and the beginning of the Great Depression that would eventually spur an investigation and substantive review of the securities markets and the role of the New York Stock Exchange. The subsequent passage of the Securities Act of 1933 and the Securities Exchange Act of 1934 created the foundation of the regulatory structure that we know today. Importantly, as the United States later experienced a postwar boom with the growth and development of new industries, this more fortified exchange structure saw greater public participation in the markets, reinforced the advantages of going public, and provided companies with access to a growing investor base.

History has clearly associated a strong market for IPOs with a robust economic climate. Given relatively low economic growth following the 2007–2011 financial crisis, combined with the decline in IPOs and diversion of global capital away from the U.S. markets, it is not surprising that many questioned whether our regulatory structure properly supported capital formation by providing efficient access to capital while upholding investor protections. An intense focus on capital formation thus began in March 2011, when the U.S. Department of the Treasury convened the Access to Capital Conference to bring together policymakers, academics, and market participants to discuss ways to restore access to capital – especially for small and emerging growth companies. Following the conference, an IPO Task Force, comprising a diverse group of professionals, was organized to provide specific recommendations for restoring effective access to the public markets. In its publication titled Rebuilding the IPO On-Ramp: Putting Emerging Companies and the Job Market Back on the Road to Growth, the IPO Task Force concluded that our regulatory structure was inordinately focused on the risks presented by the largest companies and suggested that regulatory obligations be tiered based on company size.12 The IPO Task Force also recognized that regulation should support efficient access to capital at each stage of a company’s growth cycle, from start-up to IPO, as well as across both private and public markets.

JOBS Act and Beyond

The Jumpstart Our Business Startups Act (or JOBS Act) was signed into law by President Barack Obama on April 5, 2012 and sought to implement many of the IPO Task Force’s recommendations. The JOBS Act provided reduced regulatory burdens for so-called “emerging growth companies,” created an enhanced Regulation A for small public offerings, and developed a regulatory structure for crowdfunding.13 While the true impact of the JOBS Act has been debated, calls continue for a further evaluation of how well our regulatory structure balances the goals of ensuring reasonable investor protections and promoting capital formation for companies of all sizes. More recent capital formation discussions seek to build on the JOBS Act and include several bills enacted as part of the larger negotiations for a transportation funding package known as the Fixing America’s Surface Transportation Act (FAST Act) in December 2015,14 as well as the proposed JOBS and Investor Confidence Act of 2018 (JOBS Act 3.0).15

The last sweeping effort to modernize primary market regulation came with Securities Offering Reform in 2005,16 which significantly reduced the burdens of the registration, communications, and offering processes for companies. However, continued attention to capital formation issues, together with a desire to establish an incremental set of priorities and recommendations, have resulted in continued regulatory change, including disclosure updates and simplification pursuant to the FAST Act17 and amendments to the regulatory framework for public offerings to better allow issuers to gauge market interest in possible IPOs.18

At the same time, many companies continue to stay private longer and increasingly rely on raising substantial late-stage funding. Market participants and policymakers continue to look for ways to unlock hidden potential, permit capital to more readily flow to the best ideas, innovations and ventures, and offer expanded investment opportunities to retail investors while maintaining investor protections. The SEC’s Advisory Committee on Small and Emerging Companies regularly devotes attention to these issues and in November 2020 the U.S. Securities and Exchange Commission amended its rules for securities offerings exempt from the registration requirements to facilitate an expansion in retail investment opportunities. The amendments, among other things, increase offering limits for certain exempt offerings and harmonize certain disclosure and eligibility requirements.19

In addition, while capital formation discussions tend to focus on the primary markets and the requirements placed on issuers, there continues to be significant debate on ways to improve the secondary market structure to address changes in technology, investor behavior, and a host of other factors. Liquid secondary markets support robust primary markets and remain vitally important in fostering a market structure that underpins a competitive and healthy economy. The U.S. equity market is the largest by market capitalization and arguably envied for its dominance, but a rapidly changing environment necessitates thoughtful consideration and more proactive policies.

It would be reasonable to conclude that securities markets will continue to be challenged to modernize given rapidly advancing technology, the changing roles of intermediaries, and increasing globalization generally. In that regard, a number of market trends and their potential impacts also bear consideration. The rise of passive investing and lower-cost options for investing continues unabated. At the same time, activist investing is again on the rise and dual class share structures have emerged to allow founders to retain voting rights.

Environmental, social and governance (ESG) issues are becoming a regular part of investment decisions, while greater attention to governance and the power and role of the proxy vote is increasingly impacting decisions by boards of directors and management and the social and environmental direction of companies.

Supporting future economic growth necessitates an evaluation of securities regulation for both primary and secondary markets to create a market structure that can better facilitate capital formation both now and in the years ahead. In that regard, regulators and policymakers should continue to consider how to best direct their resources to anticipate the needs of a changing economy through proactive modernization.