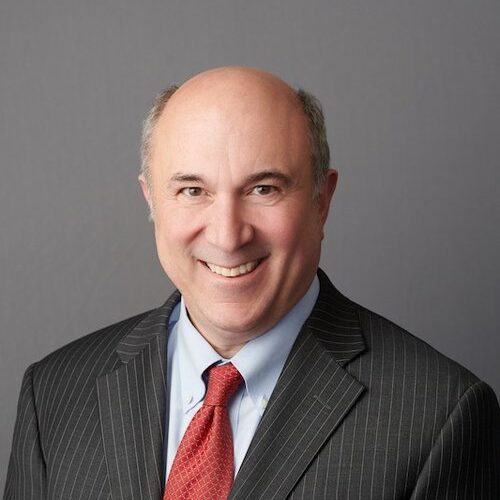 Jon Talisman is a founder and managing partner of Capitol Tax Partners. He is recognized as a leading expert on government relations and tax policy.

Over the past two decades, Jon has helped numerous clients navigate the legislative and regulatory policymaking process in Washington to achieve their goals. Jon is extremely proud of the team he has helped build at the firm, attributing its success to great people with a unique combination of judgment and experience, and a simple credo: “We have always tried to provide our clients with an honest appraisal of what’s likely to happen on the Hill and then provide them our best technical and political advice on how to make what they want happen.”

Before forming Capitol Tax Partners in 2001, Jon served as the Assistant Secretary for Tax Policy at the U.S. Treasury Department during the Clinton Administration. In that capacity, he had supervisory responsibility at Treasury for policy decisions relating to all Federal tax matters, including the President’s budget proposals, tax legislation, regulatory guidance, and tax treaties. He directly advised Secretary Rubin, Secretary Summers and President Clinton on all tax matters, including the 1997 Balanced Budget Agreement, the first exercise of the Line Item Veto, strengthening the integrity of the tax system, and the Community Renewal Tax Relief Act of 2000. Talisman helped to develop the first refundable child tax credit and the New Markets Tax Credit. He previously had served at the Treasury Department as the Deputy Assistant Secretary for Tax Policy and the Tax Legislative Counsel.

From 1995 to 1997, Jon served as the Chief Democratic Tax Counsel of the Senate Finance Committee under Senator Daniel Moynihan (D-NY), where he helped to negotiate the Small Business Job Protection Act of 1996, and advised Senator Moynihan on his challenge to the constitutionality of the Line Item Veto. From 1992 to 1995, he served as Legislation Counsel to the Joint Committee on Taxation, where he was an expert on business and other tax issues, including corporate, partnerships, insurance and estate and gift. He also helped develop three consumption tax proposals.

Jon has testified before the two tax-writing committees on numerous occasions.

Before his tenure in government, Talisman worked in the Washington office of Akin, Gump, Strauss, Hauer & Feld LLP from 1984 to 1992, where he specialized in transactional tax planning.

Jon currently serves on the Board of Advisors to the Tax Policy Center and was chair of the Formation of Tax Policy Committee, American Bar Association Tax Section. He also currently serves as an adjunct tax professor at Georgetown University Law Center, where he teaches a colloquium on tax policy. He was president of the board of directors at Adventure Theatre Musical Theatre Center for several years.

In a feature profile, The Hill said that Jon “is no ordinary tax lobbyist” because “no one else on K Street can boast such a resume.” Also, he was the only private sector person named as “11 power players in business tax reform” by Law360, which said “he is looked to as an honest voice…who recognizes the implications of the positions he is advancing.” He has been chosen for over a decade as one of the Best Lawyers in America in both tax and government relations. He also has been chosen as a top ten leading lawyer in government relations by Legal Times and one of the five top tax lobbyists in Washington by Tax Notes magazine. For the past three years, he has been included in Washington Life’s Power 100, which said that his team at Capitol Tax was in “the middle of the action on behalf of a number of blue chip clients when talk of tax reform changed into often chaotic action…”