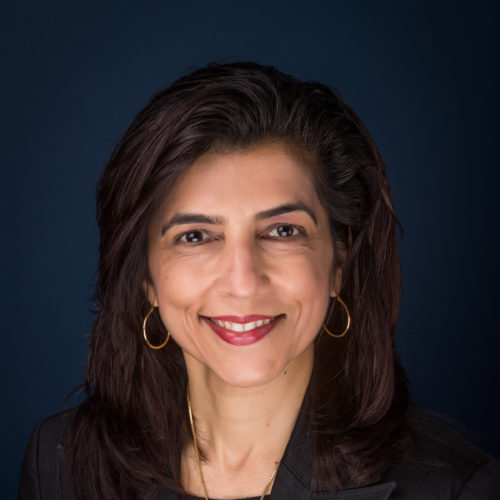 Angie Karna is a Managing Director in the Legal Department of Nomura Securities International, Inc. in New York. She is the Head of Legal for Global Markets, Americas. Angie joined Nomura in September 2009.

Prior to joining Nomura, Angie was a senior attorney at Barclays Capital and Lehman Brothers in New York. Previously, Angie worked at Shearman and Sterling in New York, CIBC World Markets in Toronto and Osler, Hoskin & Harcourt in Toronto.

Angie holds a J.D. degree, an LL.B degree and a Bachelor of Science degree. She is a member of the Bar in New York and Ontario, Canada.

Angie has been appointed by the Commodity Futures Trading Commission (the “CFTC”) to serve as Chair of the CFTC’s Global Markets Advisory Committee (“GMAC”); she previously served as a member of the GMAC from 2015 – 2016. She has been appointed to serve on the National Futures Association’s (“NFA”) Business Conduct Committee and she served on the Swap Dealer Subcommittee of the NFA Nominating Committee.

Angie is the Chair of the Finance and Audit Committee and serves on the Executive Committee of the Board of the Institute of International Bankers (“IIB”).  Angie was a Co-Chair and a Vice Chair of the SIFMA Swap Dealer Committee from 2014 – 2018 and she is a Co-Chair of its Cross-Border Subcommittee . Angie is an active member of additional SIFMA, IIB, International Swaps and Derivatives Association (“ISDA”) and other industry association committees. She is a frequent speaker at industry conferences.