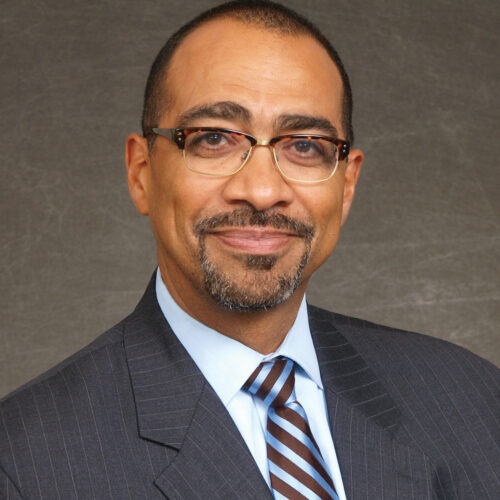 In January 2020, Mr. Marchman was appointed to the new position of Senior Policy Advisor on Diversity and Inclusion at the U.S Securities and Exchange Commission. His responsibilities include advising the Commission Chairman and OMWI Director on the development and implementation of strategies to promote diversity and inclusions both within the SEC and through external engagement with agency partners and market participants. In addition, Mr. Marchman will assist the agency’s on-going efforts to promote diversity and inclusion in underserved portions of the investor community.

Prior to re-joining the SEC, Mr. Marchman held the role of Special Advisor to the Head of the Department of Enforcement of the Financial Industry Regulatory Authority (FINRA). His responsibilities included providing advice and guidance to the Department Head on a variety of programmatic, operational and policy issues.  In addition, Mr. Marchman continued to play a major role in providing guidance to FINRA senior management with regard to its diversity and inclusion efforts including serving as the Executive Sponsor for the recently formed Generations Employee Resource Group (MERGE) as well as a member of the Executive Diversity Leadership Council and taking a leadership role in promoting FINRA’s new Securities Industries Essentials (SIE) exam with a focus on increasing representation of underrepresented groups in the financial securities industry.

In June 2010, Mr. Marchman joined FINRA as Executive Vice President and Head of the Market Regulation Department’s Legal Group in the continuation of a career devoted exclusively to protecting the interests of the investing public. Under Mr. Marchman’s leadership the Legal Group brought a number of significant disciplinary actions including cases involving violations of SEC Rule 15c-3-5 (which resulted in fines of approximately $5 million dollars) and high frequency manipulative trading. Mr. Marchman also guided his team in bringing significant disciplinary actions on behalf of FINRA’s Regulatory Service Agreement (RSA) clients.

Prior to joining FINRA, Mr. Marchman headed the New York Stock Exchange Regulation’s Enforcement Division and Regulatory Risk Group (2007 – 2010) as well as its Market Surveillance Division (2004 – 2007).  During his tenure at the NYSE, Mr. Marchman directed several high profile and significant securities regulation disciplinary actions including the research analysts conflict of interest actions (matter resulted in disciplinary actions by federal, state and SRO regulators against 12 member firms with the imposition of fines of over $1.4 billion dollars, the establishment of new research analyst report requirements and the creation of a fund for financial literacy education) and the disclosure specialist trading ahead cases (joint disciplinary actions by SEC and NYSE resulted in fines of $242 million dollars and bars against several Exchange Floor specialists), developed and implemented a new regulatory risk assessment program and led the surveillance department in the implementation of new and robust surveillances through a period of major challenge and disruption at the NYSE with regard to the implementation of a hybrid trading platform and the aftermath of an SEC disciplinary action against the NYSE.

Mr. Marchman also served as Chairman of NYSE Diversity Council from its inception in 1999 until his departure from the NYSE.  In his role as Chairman, he played a critical role in leading important Exchange initiatives such as recruitment and retention efforts, mentoring, financial literacy programs and outreach to communities of color.

Prior to joining the NYSE in 1989, Mr. Marchman was a Branch Chief in the U.S. Securities and Exchange Commission’s Division of Enforcement in Washington, D.C., where he started his stellar legal career in 1983.  During his tenure at the SEC Mr. Marchman was part of the investigative team that resulted in the seminal insider trading cases against Ivan Boesky, Michael Milken, Drexel Burnham Lambert and Boyd Jefferies.

Mr. Marchman is involved with professional organizations such as The New York City Bar Association’s Diversity & Inclusion Committee and The Buttermilk Club (Executive Committee Member / POC Financial Services Industry Group) as well civic affairs activities that includes board membership service for organizations such: as Allegheny College (Board of Trustees); Operation HOPE (financial literacy for children and adults); PFLAG (social justice); the NSHSS Foundation (educational opportunities for underrepresented high school students in the sciences); CEE (financial literacy for children and adults); University of Pennsylvania Law School Board of Managers; Maplewood Township Zoning Board; and the Community Coalition on Race of South Orange – Maplewood (Chairman).

Mr. Marchman has also been active in enhancing the plight of youth serving on a number of the South Orange – Maplewood School District committees and heading up the local Pop Warner Football League.  He is also a Lector at Our Lady of Sorrows Church in South Orange, NJ.