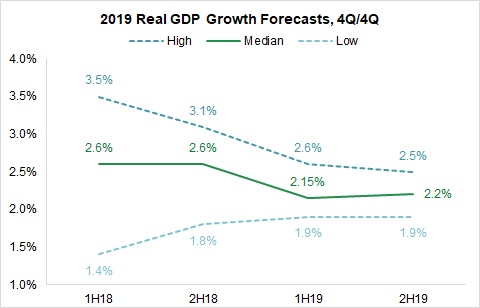 “Despite the markdown in 2020 GDP growth, the economy is still expected to expand at a moderate pace,” said Ellen Zentner, a Managing Director and Chief U.S. Economist for Morgan Stanley, and chair of SIFMA’s Economic Advisory Roundtable. “U.S. trade policy, business confidence in the U.S., and private credit market conditions were among the most important considerations in the forecast change. When gauging risks to the outlook, it is of no surprise that trade, global growth and U.S. political uncertainty appeared among the top risks – both to the up and downside.” The 12-month probability of recession remained the same at 25% but decreased slightly to 40.0% over the next 24 months. 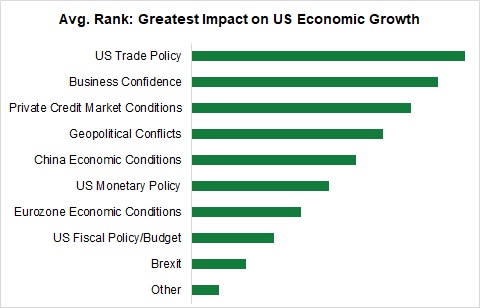 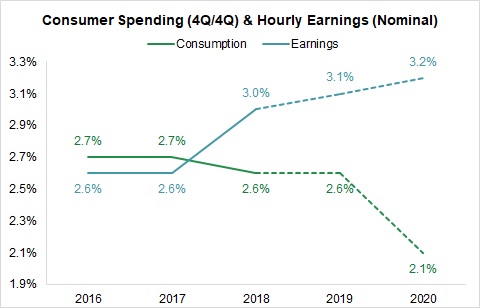 50% of respondents believe the Fed’s next rates move will be up; 44% down, and 6% see the Fed on hold for the foreseeable future. This differs from 65% down and 35% up in our mid-year survey and reflects increased optimism among economists. If the next move is up, respondents expect the Fed will move after 2020 (88%). If the next move is down, 43% of respondents expect the Fed will move in 2Q20, followed by 29% of responses for both 1Q20 and 4Q19. Respondents believe the Fed’s terminal rate in this cycle will be 2.1%, which is down from 2.4% for our mid-year survey.

Tariffs on Products from China (and Elsewhere) 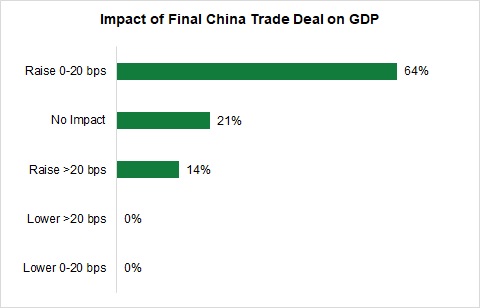 Continue reading for all survey results, more charts and a reference guide on the U.S. economic landscape.