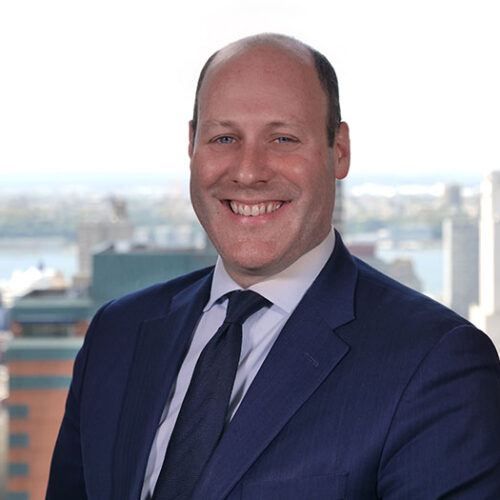 Jeffrey Siegel is a Managing Director and Head of the U.S. Public and Regulatory Policy team in the U.S. Regulatory Strategy and Policy group at BNP Paribas in New York. In that role, Jeffrey leads efforts to develop with senior management, as well as internal and external stakeholders, the strategic positions of BNP Paribas regarding U.S. government policy and regulatory developments.

Before joining BNP Paribas in 2018, Jeffrey served for more than three years as a Senior Policy Analyst and Lead Negotiator for Financial Services in the Office of International Trade at the U.S. Department of the Treasury. In that role, Jeffrey represented the United States as the lead negotiator for the financial services chapters of U.S. trade agreements, including the Trade in Services Agreement (TiSA) and the U.S.-EU Transatlantic Trade and Investment Partnership (T-TIP). Jeffrey also served as the U.S. lead for the preliminary discussions with the UK about the financial services aspects of a possible U.S.-UK trade agreement, and provided guidance on how Treasury should address the financial services impact of Brexit. In addition, during his time at Treasury, he also helped develop a new approach to addressing data localization in financial services, which continues to serve as the foundation for U.S. policy on this issue – and was included in the recently enacted U.S.-Mexico-Canada free trade agreement.

Prior to joining Treasury, Jeffrey served for four years as Senior Counsel at the U.S. Senate Committee on Banking, Housing, and Urban Affairs where he advised Chairman Tim Johnson (Democrat-South Dakota) about, and coordinated committee legislative oversight strategy related to, the implementation of the Dodd-Frank Wall Street Reform and Consumer Protection Act – with a particular focus on the derivatives regime, the Volcker Rule, and other issues relating to wholesale banking activities. Before working at the Banking Committee staff, he served for two years as Legislative Director and Counsel for Congressman Michael E. McMahon (Democrat-New York) where he helped draft key provisions of the derivatives title of Dodd-Frank. Before joining the Congressman’s office, Jeffrey worked for more than five years as a litigation associate at Willkie Farr & Gallagher LLP in New York.

Jeffrey holds a JD from Cornell Law School, and a BA in Public Policy and International Affairs from Princeton University. He has also served as a member of the Board of Trustees of Princeton University, and as a Member of the Board of Directors of the Louis August Jonas Foundation – an international scholarship program for high school students promoting global peace and mutual understanding.