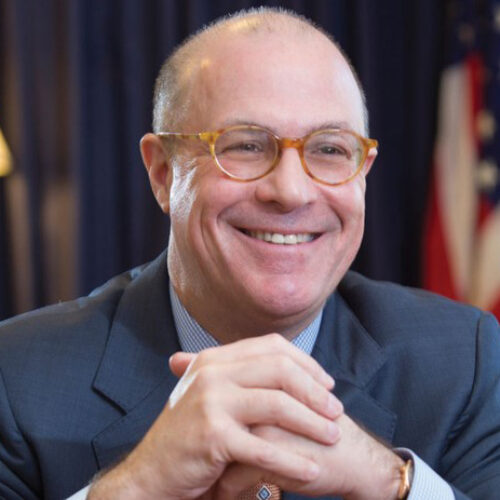 Giancarlo was first nominated as a CFTC Commissioner by President Barack Obama and unanimously confirmed in June 2014. He was subsequently nominated as CFTC Chairman by President Donald Trump and again unanimously confirmed in August 2017.  He departed the CFTC in July 2019 following the expiration of his five-year term.  Before entering public service, Giancarlo served as the executive vice president of financial services firm GFI Group Inc. and as executive vice president and U.S. legal counsel of Fenics Software.  Previously, he practiced law in New York and London as a partner in the law firms of Brown Raysman Millstein Felder & Steiner and Giancarlo & Gleiberman and an associate with Curtis, Mallet-Prevost, Colt & Mosle.

Giancarlo is a board member of the American Financial Exchange, the sponsor of Ameribor and Ameribor Futures.  Giancarlo is also a renowned blockchain technology advocate and key contributor to the global discourse on cryptocurrencies and digital assets. During his tenure as chairman of the U.S. Commodity Futures Trading Commission, the agency published primers on virtual currencies and smart contracts, the first bitcoin futures contracts were offered, and the CFTC launched LabCFTC as the agency’s stakeholder in the digital evolution of derivatives trading markets.  Twitter: @giancarloMKTS.