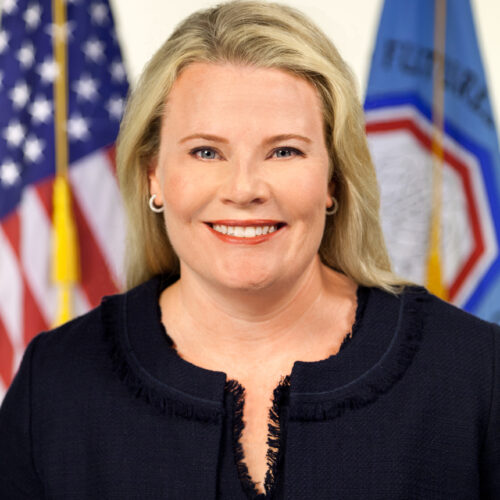 Dawn DeBerry Stump was nominated by President Trump to serve as a Commissioner of the Commodity Futures Trading Commission on June 12, 2017. She was unanimously confirmed by the Senate on August 28, 2018 and sworn into office on September 5, 2018 for the remainder of a five-year term expiring in April 2022.

During much of her career she also served the public sector in staff positions in both the U.S. Senate and House of Representatives, including six years at the Senate Committee on Agriculture, Nutrition and Forestry where she focused on various farm policy, rural development, and renewable energy matters as well as oversight of the CFTC. While serving in both Congressional houses, she participated in negotiations of two farm bills, CFTC reauthorization, and the Dodd-Frank Act. Mrs. Stump is from Olton, Texas and grew up working in the agricultural sector.

She holds a Bachelor of Science in Agricultural and Applied Economics degree from Texas Tech University. She is married and has two children.