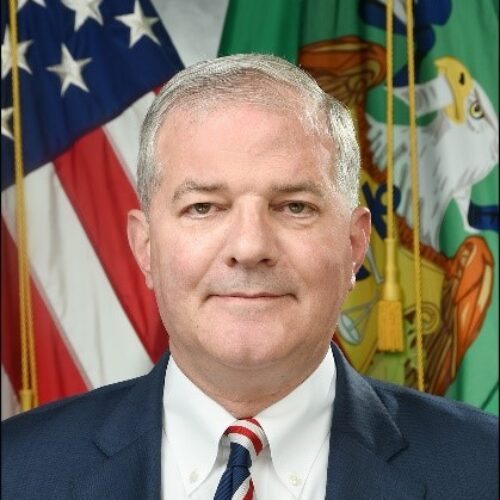 Deputy Assistant Secretary of the Treasury for Cybersecurity, Critical Infrastructure Protection, and Compliance Policy U.S. Department of the Treasury

David Lacquement was appointed by Treasury Secretary Steven T. Mnuchin as the Deputy Assistant Secretary of the Treasury for Cybersecurity and Critical Infrastructure Protection.  In this role, Mr. Lacquement focuses on safeguarding the Financial Services Sector from cyber threats that could impact U.S. national and economic security and is leading work to identify and remediate financial infrastructure vulnerabilities.  Mr. Lacquement works closely with financial institutions, industry groups, and government partners to share information about cybersecurity and physical threats and vulnerabilities, encourage the use of baseline protections and best practices, and respond to and recover from significant incidents.

Prior to rejoining government service, Mr. Lacquement served as a consultant cyber operations after a successful 36 year career in the U.S. Army retiring as Major General and Director of Operations, J-3, USCYBERCOM.  As the first J3, he played a lead role in the establishment of the Command where he and directed the operation and defense of the Department of Defense’s communications networks and planned and executed offensive cyber operations for the Department.