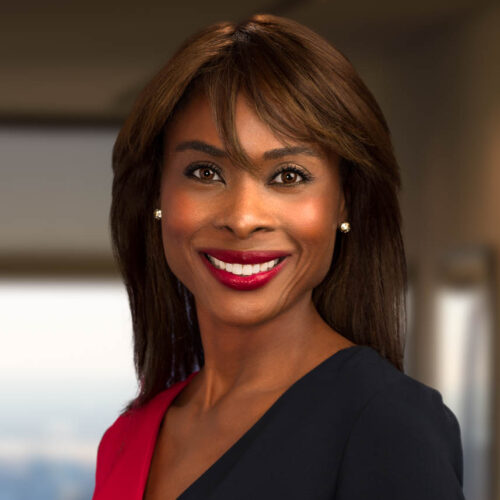 Asahi Pompey is global head of Corporate Engagement and President of the Goldman Sachs Foundation. In this capacity, Asahi serves as the firm’s primary liaison with the nonprofit organizations it supports, and identifies new partnerships to impact communities, furthering the firm’s longstanding mission of service. Asahi also oversees the efforts to leverage the firm’s skills and expertise across its existing philanthropic initiatives, including 10,000 Women, 10,000 Small Businesses, Goldman Sachs Gives and Community TeamWorks.

Asahi joined Goldman Sachs in 2006 and was named managing director in 2010 and partner in 2018. Prior to her current role, Asahi worked with senior leadership of the Investment Banking Division to address the most pressing issues of the firm’s clients. She has served on a number of leadership committees at the firm, and was the co-chair of the Firmwide Black Network. She is a managing director ally for the Lesbian, Gay, Bisexual and Transgender Network.

Asahi has seen first-hand the transformative power of philanthropy on communities, families and individuals. She spent her formative years in Guyana and immigrated to Brooklyn as a child, where she benefited from scholarships that enabled her to attend high school in Japan, college and law school.

Prior to joining Goldman Sachs, Asahi was an attorney with Cleary Gottlieb Steen & Hamilton, where she worked in their New York and Frankfurt offices. Asahi graduated Phi Beta Kappa from Swarthmore College and earned a JD from Columbia University, where she was a Harlan Fiske Stone Scholar and an S.K. Yee Scholar.